In case you missed it, part 1 of the story is here.

No one knows your story like God and no one knows your heart like the Father. We can’t hide anything from Him. And even though He knows all that we’ve done and said, He says, come to Him. At the cross of Jesus, you are forgiven — completely and utterly forgiven.

When God sees you — He sees Jesus. The blood of Jesus makes us right with God.

And this is the message we wanted to convey to our young friend, Ales.* One of the first things he did when he came to our home was to shower. My husband gave him clean clothing and helped him bandage the wound on his leg. We asked him if he wanted to go to the doctor for help. But he told us that his ID card had been stolen and he couldn’t get his insurance card without it. So, Jimmie prayed for healing for the leg.

We lived an hour and half hours away from the city and by the third day, Ales told us that he wanted to take the train back. He promised to get help and told us that our mutual friend who’d brought him to church had told him about Teen Challenge.

I hoped and prayed. Unlike previous times, when he’d come to church zoned out, he’d come to our house sober. He baked cookies with us; our kids brought their toys and played with him. And even with the wound on his leg, he went running in the forest with Jimmie.

After watching the movie, Chronicles of Narnia — The Lion, The Witch and The Wardrobe, he came and said, “The lion is like Jesus isn’t it?”

And something leaped in my heart. Despite our language and cultural barriers he was getting it. The Holy Spirit was opening his heart.

In Christ, we are made right with God

The love of God for Ales and for each and every one of us is that Jesus died at the cross in our place — just like the lion, Aslan, died in Edmund’s place. The cross is what opens heaven for each of us. 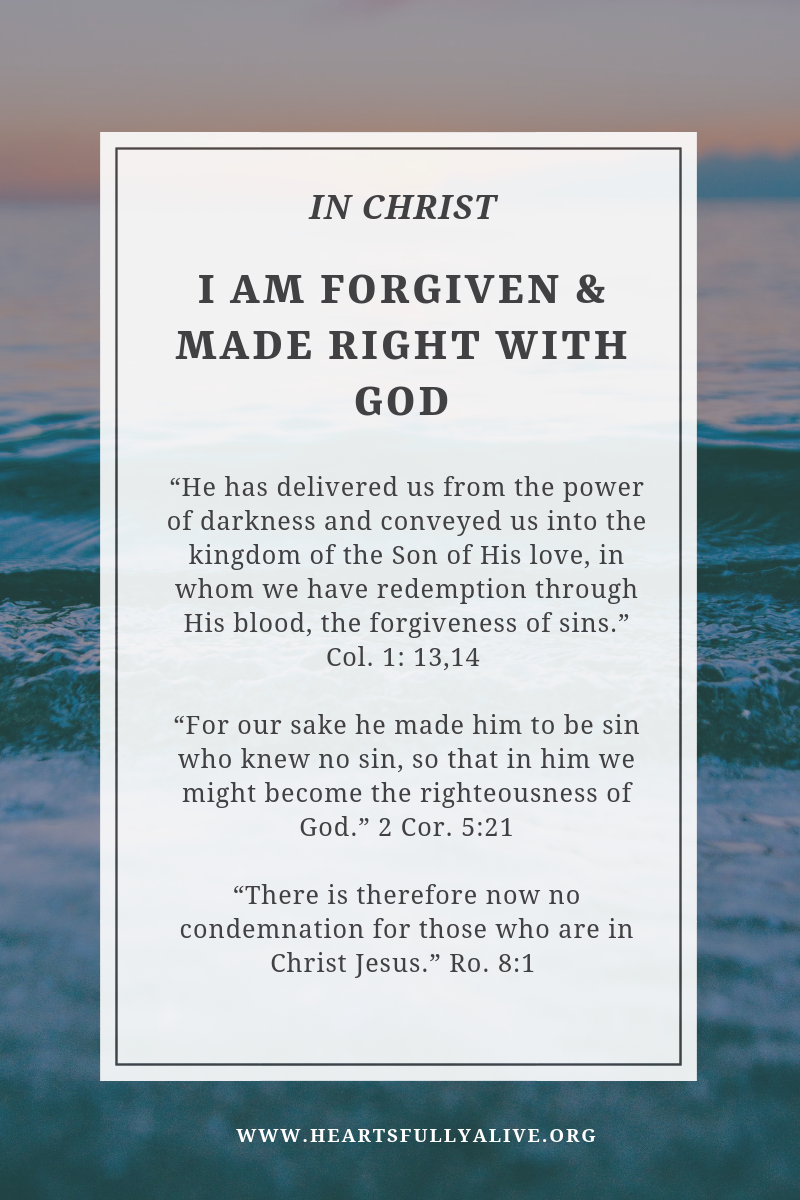 We Skyped our friend in England who had also grown up in a children’s home and was a Roma like Ales. He talked to him in Czech and encouraged him.

The night after he left us, I cried myself to sleep, praying for God to protect him and save him. The weather was below zero and I couldn’t imagine Ales walking the dark, cold streets of Prague. He’d said his best friend, the one with whom he ran away from the children’s home, didn’t make it. He’d died at the railway station.

God is faithful and in the months that followed, Ales got accepted into a program which gave him work and housing. A year later, he contacted us and asked if he could come for Christmas? Yes, of course we said. And the same happened the following year.

After our second Christmas together, he found his father and gave him a bag of used designer clothing a friend had given us for him. It was the first time he’d seen him in years. The third year Ales came to our home, he was full of hope. He kept saying over and over how thankful he was for the work he had, a place to live and for the different people who’d helped him. He brought gifts for our family.

Then we left the country for a year and lost contact. Two years later as Christmas approached Ales found us on Facebook and asked if he could come. He didn’t make it for Christmas and so we drove to see him. He was no longer living in Prague. He’d found full-time work and was sharing an apartment with two friends in a city near Prague.

To see him healthy with a big grin, dressed well and sober brought tears to my eyes. God is faithful to answer our prayers. We called the local pastor and made arrangements for Ales to visit his church.

As we drove home that evening after our visit, our middle child says from the back seat, “You’re like a father and mother to Ales, aren’t you?”

We’d hugged him goodbye and told him we were proud of him and that God was proud of him. He just smiled.

“He has delivered us from the power of darkness and conveyed us into the kingdom of the Son of His love, in whom we have redemption through His blood, the forgiveness of sins.” Col. 1: 13,14

“For our sake he made him to be sin who knew no sin, so that in him we might become the righteousness of God.” 2 Cor. 5:21

“There is therefore now no condemnation for those who are in Christ Jesus.” Ro. 8:1

*Ales is not his real name.

#Write28Days. This post is part of a 28-day writing challenge where I’m joining other bloggers to write daily during February.